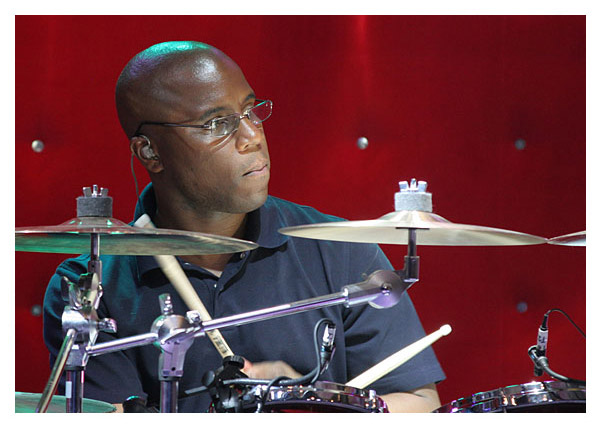 Derrick started drumming in the 1960s, at the age of six, banging furiously on the kitchen floor with two of his mum's coat hangers, to a beat on the radio. Even at this early age Derrick knew that drumming was the one thing he really wanted to do.

At the age of ten, Derrick was inspired by a friend playing in a reggae band. This encouraged him to go out and play his own local gigs. Another friend decided to lend him a drum kit, until Derrick persuaded his mum that he should start hiring one.

At fourteen Derrick joined his friend Toyin's band. She was an exceptionally good singer and was already working with different reggae artists only he could dream of.

By sixteen, Derrick got a job at Marks & Spencer in East London earning £9 a day, working Saturday mornings from 7am until 1pm.

Finally the day arrived when Derrick was able to buy his very first drum kit. With his dad's help, he managed to get together £400 to buy a Slingerland 1960s drum kit. It sounded great and Derrick loved it! He would practise hours on end - well around four hours a day until his mum came home from work and forced him to stop!

In the late 1980s Derrick joined a jazz funk outfit called Tranzeyance. They did gigs and rehearsed every Tuesday without fail in Shoreditch, East London. He loved those days. 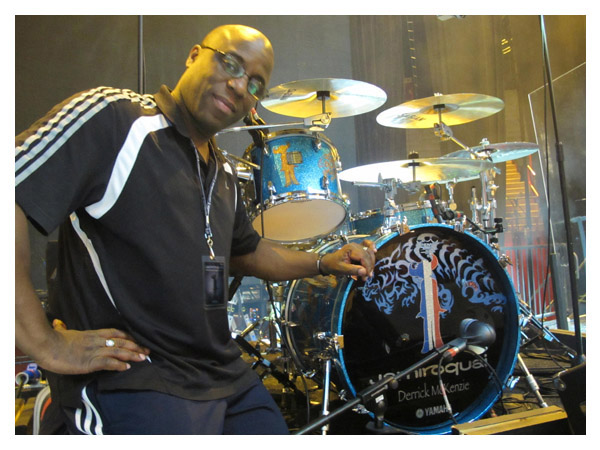 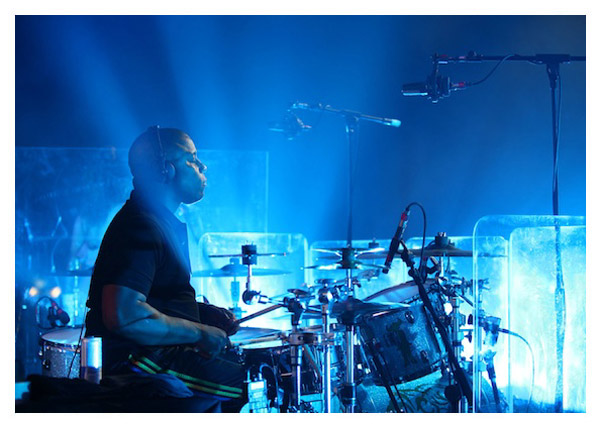 Eventually he joined a band called Candyland. He was still working at Marks & Spencer, but started to finish work earlier so that he could come home and practise.

Candyland got signed by Fiction Records for a few years and released an album. But they got dropped, which was a trauma. But, they had a fantastic run and did some damn good touring!

After getting over being dropped, a mate told Derrick about a pop rap outfit called Freaky Realistic. They did a few TV appearances and showcases, but Derrick still wasn't satisfied.

Eventually he got a call from another friend whom he had played some gigs with. The band was Urban Species, a rap outfit from North London. All the guys and one lady were fantastic, especially live. They toured Europe extensively and it was such a great experience, doing Japan at Christmas!

In 1993 Derrick met a friend of a friend who was a top producer, two days later rang Derrick to ask if he'd like to audition for a band called JAMIROQUAI. Derrick hadn't even heard of them at the time! So he did his two long auditions... and the rest lovely people, is history!!!!! 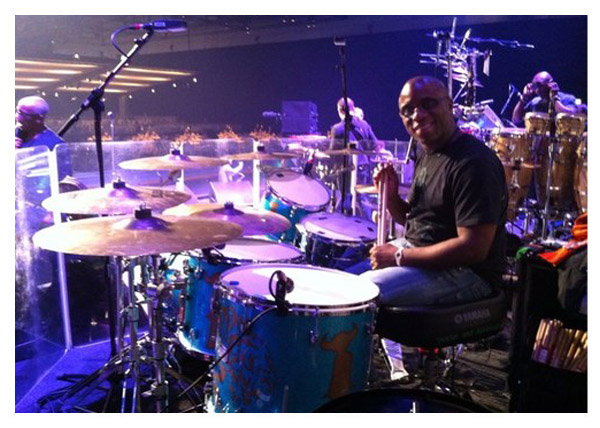